Happy Birthday to us! 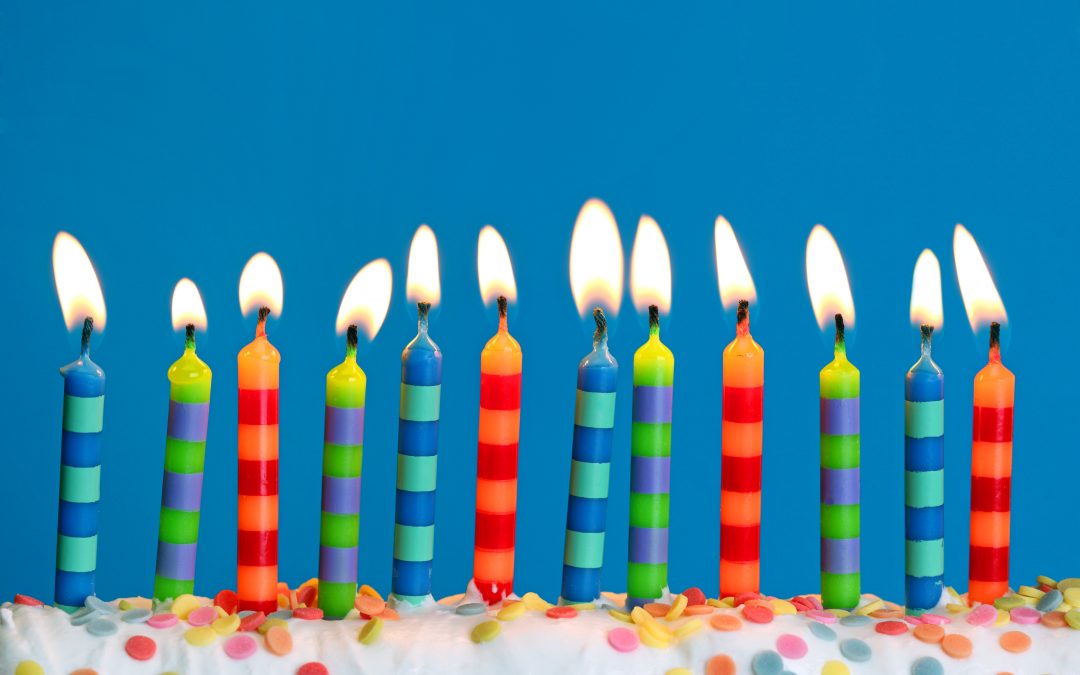 On Sunday February 28th 2016, I was almost “bullied” into creating the MailChimp Answers Facebook group.

I was at an event close to Heathrow Airport and James Nicholson, who was running it, kept pushing me to do it, but I wasn’t convinced.

The thing was… did I want to become Mr. MailChimp?

Looking back, it actually started in early June 2015, whilst on a course run by Damian Mark-Smyth about mindset.  I had a few huge realisations on that course and stated that in 3 years I wanted to be on a stage in front of a massive audience.  To do that, I needed to be a “known” individual… so how was I going to do that?

… and that’s when I realised, a year ago to the date, that if was going to embrace becoming Mr. MailChimp, then one of the best ways to build my credibility was to create a Facebook group and be seen as “the man”.

Little did I realise that over 12 months, the group would grow to become the biggest English Language group on Facebook for MailChimp users (and less than 100 members from being the biggest), and that my biggest fear – that I would be pigeon-holed as Mr MailChimp – was something that actually helped (and not hindered), the marketing side of my business.

So on my 1 year anniversary, I figured I’d try and understand the reasons why the Facebook group has worked… here’s what I believe has been the reason for it’s success – and maybe some tips and ideas about how a Facebook Group might work for you. I’m not suggesting that there is a solid path here that is the same for everyone – there are several successful Facebook groups that I’m a member of which don’t follow some of my ideas – but they have worked for me.

What’s in a name?

I think the first thing that helped with the group was the name.  I came up with it during a chat with esteemed Copywriter Jody Raynsford, and that was making sure whatever the name was – it was relevant to the “customer” and not to me.  I was playing around with things like “the MailChimp Champ” or “MailChimp Doctors”… but realised that MailChimp Answers was exactly what people were looking for – and as such, a great name which was about them and not me.

Secondly, it stated very clearly what the group was about without any ambiguity – so when people searched Facebook for “MailChimp”… the group name appeared and resonated with them.  Plus, using the word MailChimp was important from a “Facebook-SEO” point of view – it was what people would be searching for.

Of course, I realised that there would likely be trademark issues if I used this as the “public” name of the business – hence “Chimp Answers”…. but I figured since the group was focused on “helping and promoting the use of MailChimp”, I’d be ok on Facebook.

You don’t just create a group and wait for the people to roll in.  You need to work at it.  I probably spend about 15 minutes a day in the group, and make a point of responding to every question – even if I don’t know the answer.  There are some in the group who also contribute, but since I launched this group for my business – I need to support it.

It’s taken time and effort, but it’s also been quite fun as there have been opportunities for me to learn about how others use the system and thus been excellent market research for future activities in that space.

Have a Purpose – a Specific Purpose

I know from other groups that I’m in that this isn’t always strictly true – but I’ve been very clear from the start that MailChimp Answers is about providing Answers for MailChimp Users – “it does what it says on the tin”! At times this does seem to “limit” the interaction in the group – it’s not what I’d call a “place you hang out”, but it is a “place where you can get what you need” – and as such people do come back.  I need to work on improving the interaction and offer extra value moving forward, but by being very clear and having a very specific purpose – this has attracted members.

The fact that MailChimp only offers “online chat” help to paying members, means that helping those who currently are on the basic level, is something MailChimp doesn’t really do – and the group provides a service and a recourse when those users have got an issue.

This is in contrast to many “general development” groups that I’ve seen start … and then fail.  In what is already a congested world online, offering something that isn’t specific or unique, is unlikely to get traction – and so won’t work.  For the group to work for me, it needed to be focused and specific… and it is!

From the start I wanted to make sure that the group was not an opportunity for others to promote their services – and so all promotional posts are removed immediately. I’m not ruling out that it’ll be somewhere that I use to promote my stuff in the future – but then as the person who’s developed and grown the group, as long as I don’t abuse it, and it’s in line with my positioning, I don’t think this will be an issue.

One way that has helped grow the group is by knowing who your market is (duh!… Marketing 101 I hear you say).  Well, I didn’t realise it when I launched it, but there are a hell of a lot of VA’s out there who use MailChimp for their clients – and quite a few times, by responding quickly and efficiently to queries, people have been able to tell others about the group.  I remember one weekend over 50 people requested to join – they were all part of another VA group, and one of their members had a good experience and recommended that they should join as well.

I’ve also been able to visit other groups and look for “MailChimp” related questions – and then point people back at my group.  Because I’ve not been overly promotional based… and am seen as being the “expert”, I usually don’t get any issues or kickback from the group owners.  Be genuine and it’ll work for you.

Position as an Expert

I’ve been able to lever Facebook Live and video to position myself as the expert.  It’s meant that I’ve not just been able to answer questions… but I’ve been able to help guide people on the best way to use MailChimp – and help people understand why things are the way they are (MailChimp is not perfect), but know how to get around them.

Regular videos and blog posts (although I should probably be doing more), have supported the group – and the feedback I’ve gotten has helped and motivated me to keep things going.

Well, there are plans for a rebrand in the next month or so as I move to a more professional style and logo, and I’m working on some very special developments to build the group, but also make sure it links back to the business too (the group can’t be just for vanity!)

…but for now, 366 days (it was a leap year!) after the launch, the group has been a massive benefit to my business, has given me credibility as one of the world’s leading MailChimp experts, and provides a solid base for me to expand in the future.

It’s been worth the effort and I’m looking forward to see where the MailChimp journey takes me next 🙂  Not sure if I’ll get on that stage… but I know I’m a hell of a lot closer now!