Automations you need, should use and the ones to ignore 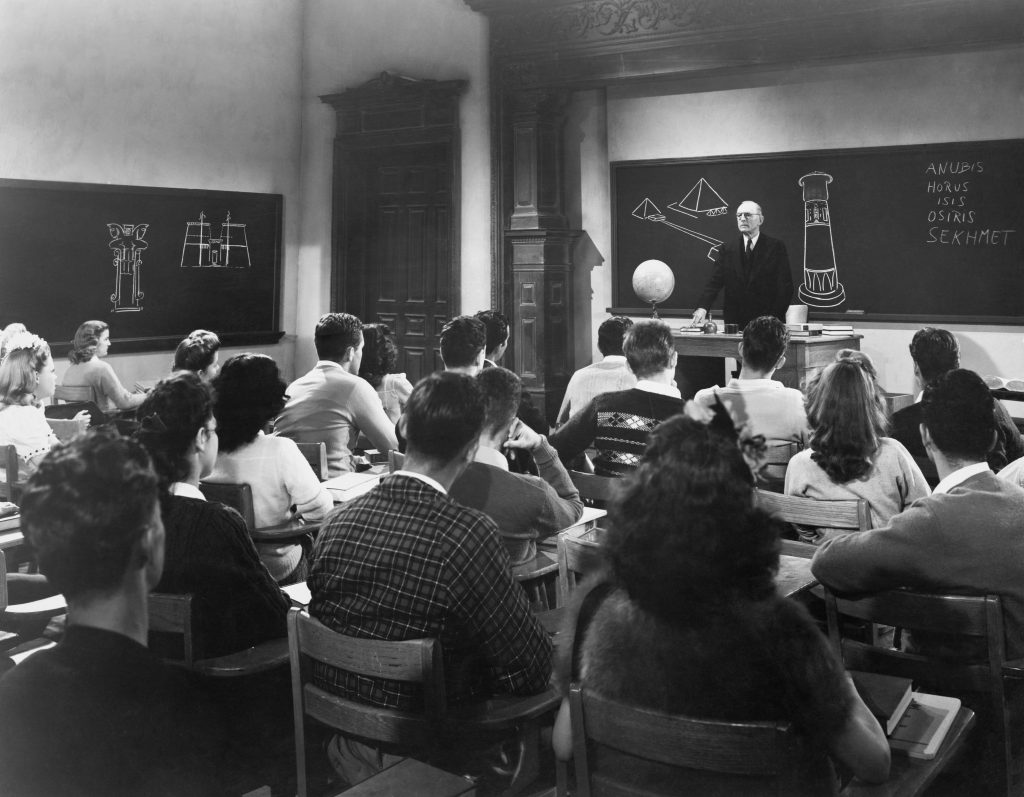 …and remember, automations are great and will save you time, but they won’t do your homework…

The most precious thing we have available to us is time… because once it’s gone, we can never get it back (unless you can find a battered DeLorean nearby), and yet consistently, I come across business owners and entrepreneurs wasting it.

It could be that they are doing jobs that really aren’t urgent, or ones that can easily be given to someone else to do.

It could be that they are wasting time trying to learn how to do something themselves, when in fact just getting someone in who’s an expert would be a much better plan.

…or it’s doing the same task manually, again and again, which in reality with a bit of preparation can be automated.

Whatever the reason, they are wasting time… and they won’t get it back.

As a Mailchimp partner/expert, it’s my job to help people make the most of Mailchimp and their email marketing… and one of the key areas that I come back to repeatedly is the importance of using Mailchimp’s automated emails.

Automated emails are, in my mind, the #1 thing that ALL businesses can benefit from, whether it’s ensuring that emails that ‘should’ be automatically sent at specific points, actually get sent, or cutting down the manual sending of emails that could be done ‘by the computer’.

I could go on, but the fact is that if you’re in business, automating part of your marketing communication is a ‘no-brainer’ and something you should actively be looking at.

…but if you’re just starting out, you probably are wondering what emails you can automate and how you should automate them using Mailchimp.

Fail to plan, plan to fail

The first thing you should consider before actually diving into Mailchimp is what emails you actually want to send in the first place… and which of those emails can be automated.

It’s a subject I’ve covered several times and this article on Email Marketing System Planning should help you develop an overall structure, but let’s drill into the specifics and look at a number of types of email that you might want to automate…

To be honest, the list is almost endless and I’m sure that every industry will have specific emails that they can automate.

…so before getting too far down the rabbit hole, take a moment to understand the specific types of email that you want to automate in your business.

Finger on the Trigger

Unlike other emails where ‘you’ are the reason they get sent (i.e. you are the trigger), automated emails get sent because something triggers them… and every email in Mailchimp that you want to automate must have a trigger.

If you don’t know the trigger, you don’t have the option to automate…

…but without a trigger, an automated email can’t be sent.

One thing that you can do in Mailchimp is set up an automated email to trigger… but then set a condition so that the email doesn’t actually get sent to people who meet/don’t meet that condition.

A good example of how to use this is if you’re selling attendance to a specific event via a series of automated emails… but once someone actually buys a ticket you don’t want them to get any more.

Conditions are very handy if you want to exclude people for whatever reason from a series of automated emails.

…and once the email is sent

Post Send Actions are also a handy thing you can use as part of your email automation. These are actions that you can set up to happen to someone once an email is sent.

You could add them to a specific tag or group (indicating they’d reached a certain point in your customer journey), or you can even unsubscribe them automatically – something I use if I want to avoid having them use the official Mailchimp unsubscribe link.

…but they do give you options that you may not have considered and provide flexibility as you work on your ‘automated workflows’.

Need to get the right answers?
Click here to learn about the top 10 Mailchimp questions, and 10 videos that answer them for you.

Now you know all about the options, here are some of the automated emails that I love to use and have put in place for many of my clients:

Welcome Email Sequence – the original automated email(!)
Welcome emails are so important because they are sent automatically at the time someone says they are most interested in you – wait (or don’t automate) and you’ll lose them.
I trigger these emails either simply by someone joining the audience, or by making sure that everyone who joins the list via certain methods is ‘tagged’ and then use that tag being applied to trigger the email

Confirmation/Delivery Emails – In my view, just as important as welcome email sequences, a confirmation/delivery email is you, fulfilling the first promise you make.
When someone completes a form based on you ‘promising’ something, the confirmation/delivery email fulfils that promise by sending them what they wanted.
If this isn’t automated you could be letting people down.
Again, I make sure all my “forms” apply a tag to someone when they are completed, and use the tag to trigger the automation.

Value Sequences – Once someone has completed a welcome sequence, I love using a series of emails which are ‘pure’ value.
No selling here, just educating your customer and delivering pure value. I’ll usually trigger them based on tags (see the theme – I like tags!), and use the last email in the welcome sequence to apply a post send action which then triggers the value sequence (If you do this remember to put in a delay before it starts, otherwise the last welcome email is sent, the post send tag is applied and the next email is sent immediately).

Lapsed Customer Sequences – With a number of clients who have repeat businesses, I’ve set up emails to be sent based on someone not visiting for a while.
This is ‘tricky’ as it’s based on the information available in Mailchimp, but if you’ve got date fields and can get the data into Mailchimp smoothly, this can be a great ‘re-activation’ activity. I trigger these usually on dates or on tags being applied.

Live Events – One of my favourite set of automated emails is when you are doing a live event, like a trade show. I even wrote an article about it here.
People can pre-register for the event (and get an email sent automatically), they can get reminder emails (based on a date field in Mailchimp), and you can then set up confirmation & welcome emails for people you meet at the event (and if you can add them to your system whilst at the event and tag them appropriately, they get the email before they’ve finished – which is VERY slick!), and even date based emails for attendees after the event to follow up.

If you are able to get these up and running for your business, you’ll get more time and capture more leads.

If you are thinking of setting up automations in your Mailchimp account, there are a couple of things you need to be aware of…

The fact is that if you’re in business and you use Mailchimp, in my mind automations are an absolute no brainer.

They save you time, repeatedly sending emails out so that you don’t have to… and they make you money by sending emails to new leads automatically (leaving you to concentrate on actually confirming the sale).

Time is a very precious commodity and we’re all guilty of wasting it regularly.  Using automations in your Mailchimp account is essential if you want to succeed with email marketing AND save you and your business, time and money.

This is a Mailchimp & Marketing 'Fundie'

This is a Mailchimp 'Fundie' article... it covers something we think is Fundamental to doing Mailchimp & Marketing the right way.

Are you an Agency or VA?
Click here to let us know and register for future Mailchimp training specifically designed for agencies and VA's just like you. 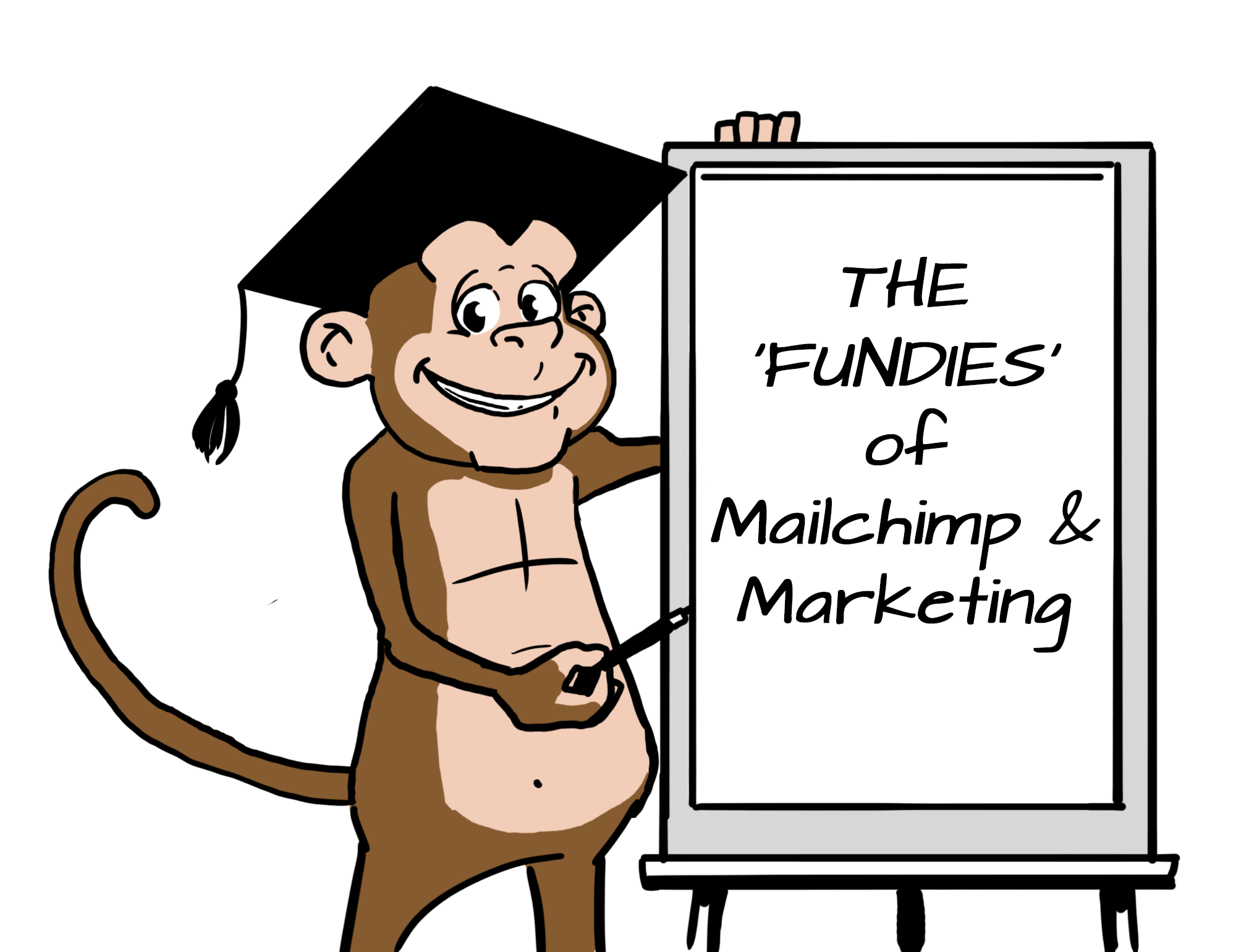 This is a 'Fundie'

This is a Mailchimp 'Fundie' article... it covers something we think is Fundamental to doing Mailchimp & Marketing the right way.