What to do with unsubscribed, non-subscribed and cleaned emails in Mailchimp 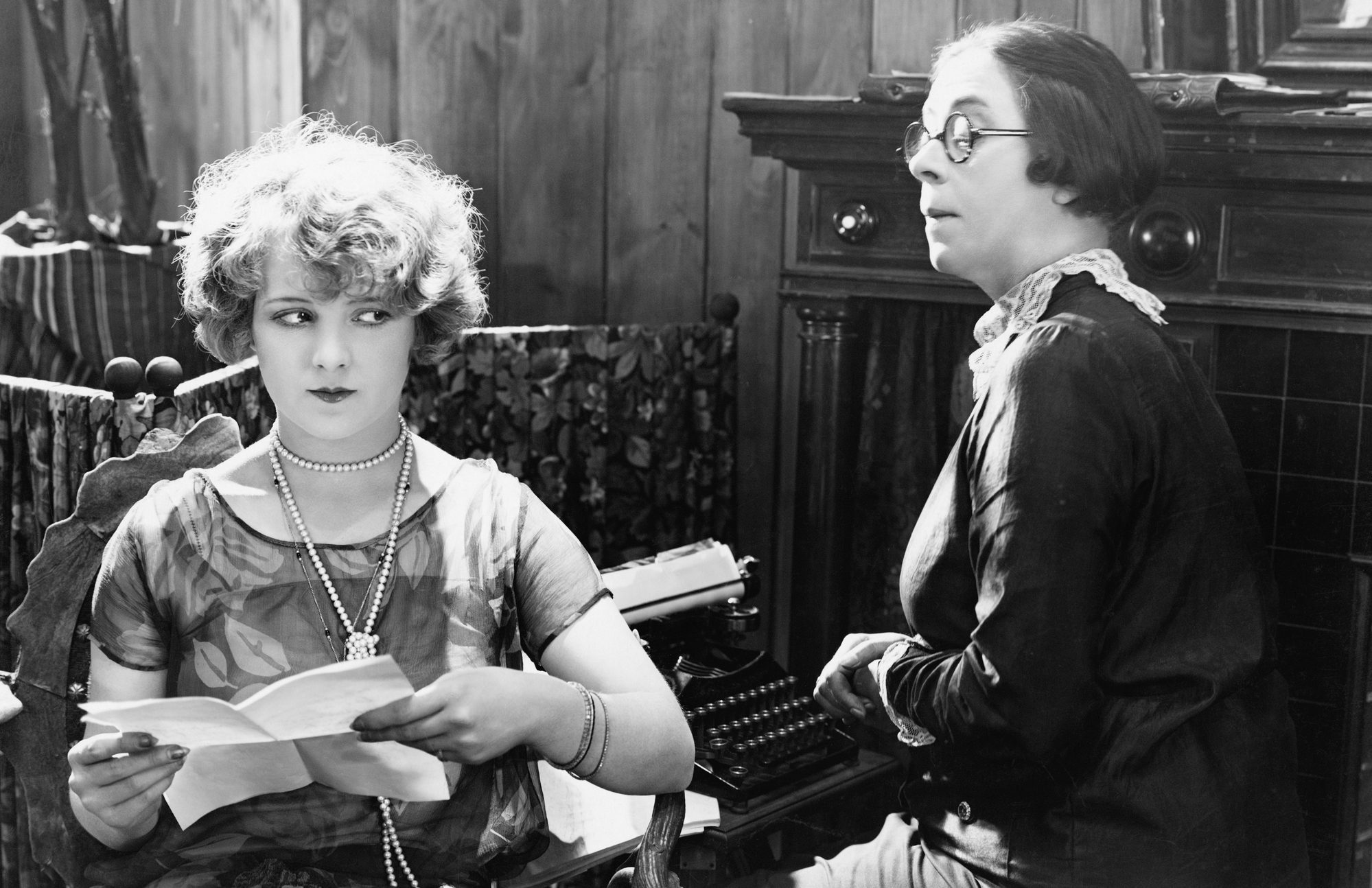 “So what are you going to do with this one?”

I was on a call with a client recently, and she was explaining how busy life was at the moment. One thing she mentioned was that because of her workload, she’d not got round to cancelling some of the services she was using. In particular, she was still paying for TV channels, even though she hadn’t watched them for a while.

It reminded me of one of the challenges with Mailchimp, and how if you’re not careful you can end up paying over the odds because you’re not managing your audience effectively. Specifically, we’re talking about those people who don’t get your emails… the unsubscribed, non-subscribed and cleaned email addresses.

This is a common question in the Mailchimp Answers Facebook Group. So what do you do with these email addresses? Do you archive them? Delete them? Ignore them?To understand what to do, if anything, you need to get a handle on what these terms actually mean both to you but just as importantly to Mailchimp. Once you know this, it’s a lot easier to get your head around things.

Mailchimp does one thing

The first thing you always need to remember is that Mailchimp does one thing, one sole objective.

It gets emails into people’s inboxes.

If it can’t get an email into an inbox, it doesn’t have a business model, and so it’s going to do everything in it’s power to protect the ability to deliver.

A key way to ensure this is the case is through making sure it doesn’t get any ‘negative marks’ against it from the people who control the inboxes we all send to (e.g. gmail, yahoo, etc). It needs to maintain a good reputation as a sender.

…and to do this, Mailchimp needs to avoid doing things that spammers are recognised as doing – such as sending emails to people who either don’t exist, have opted out or don’t want to receive them.

Every time an email that Mailchimp sends goes undelivered, because the address doesn’t exist, or the email sent results in an unsubscribe, or even worse a spam complaint, this impacts Mailchimp’s future ability to send emails into inboxes.

So Mailchimp needs to protect itself against these actions….which leads us back to unsubscribed, non-subscribed and cleaned email addresses.

Hopefully, we don’t need to spend a lot of time explaining what an unsubscribed contact is. Essentially, they’ve opted out of your communication – and you can no longer send them emails.

This is because Mailchimp doesn’t want you sending emails to unsubscribed people – as stated previously, this causes them issues.

Because unsubscribes are so important to Mailchimp, it’s part of their terms that every email you send with Mailchimp needs an unsubscribe link in it – taking you out of the equation and managing unsubscribes for you.

This is 100% all about ensuring that no user has a chance to “abuse the system” and cause Mailchimp problems. Every time an email gets sent to someone who has stated they don’t want it – and they complain – this affects Mailchimp.

This is why you can’t just go in and resubscribe someone manually who has unsubscribed. In fact the only way to resubscribe someone who has unsubscribed is to get them to complete a Mailchimp form and reconfirm. (Small aside, there’s nothing stopping you from doing this yourself manually, but remember, if you abuse this you’re not just hurting yourself, you’re hurting everybody).

So why does Mailchimp keep unsubscribes visible in my audiences?

Mailchimp keeps unsubscribes visible on your audience. It doesn’t actually remove them because of the fact you can use the information on this person for other purposes (Retargeting/Postcards) within Mailchimp.

However, if you aren’t going to do either of these things, then the best thing to do is to identify all those who are unsubscribed and archive them.

Archiving them removes them as ‘valid’ contacts on your system, which means that they don’t count against your overall Mailchimp bill (n.b. this doesn’t affect those who are on legacy accounts).

What to do with unsubscribes in Mailchimp?

If you aren’t using any of mailchimp’s other marketing tools, it’s best to Archive them (and even if you’re on a legacy account and don’t get charged for unsubscribed contacts, it’s not a bad idea to archive them as there isn’t a penalty for doing so).

…and don’t worry, if someone you archive does decide they want to come back to you and completes a form, they’ll automatically be moved from the archive list back to the main list as a live subscriber.

Non-subscribes are pretty much the same thing from a technical point of view as unsubscribes.  They appear in your audiences, but you can’t send them emails.

This is because “non-subscribed” contacts are ones that have likely used an e-commerce store you’re connected to… but haven’t agreed to receive marketing communication when they checked out.

So why does Mailchimp keep non-subscribes visible in my audiences?

Although you can’t email non-subscribes with standard campaigns there are a couple of reasons why Mailchimp keeps the data visible.

Firstly, if they ever do decide to subscribe in the future, it’s good to know their purchase information as you can likely use it in future activity

Also, you can actually send them a single “abandoned cart” email, even though they are non-subscribed.

What to do with non-subscribes in Mailchimp?

Well, much like unsubscribes, if you’re not using “non-email” elements of Mailchimp, then you may as well archive the contacts – for many e-commerce shops we’ve worked with, there can be a lot of non-subscribes coming through – so it makes sense to ensure you’re not paying for people you can’t email.

This is why you can move unsubscribes to be archived… but you can’t do a thing with the cleaned email addresses. They are kept in your account so that they don’t get misused/ignored. (Technically, you can individually delete them one by one… but there’s zero value in doing it, so don’t bother)

I understand that this can be frustrating if you like things neat and tidy, but it’s just the way things are…and you don’t need to worry as you don’t get charged by Mailchimp for these non existent email addresses.

So, the simple answer to; “what to do with cleaned email addresses in your database?”… is to do nothing!  They aren’t causing you an issue or costing you money, they can’t be archived or deleted… so just leave them be!

To Archive or Delete

Another question that often gets asked in this arena is whether you should archive or delete contacts?

Archive keeps the contacts information and details in place should they ever decide to resubscribe (and means you can find the data if someone starts saying why have their emails stopped) – delete removes them completely.

Unless you’ve a really good reason, just use the archive function.

Mailchimp is a great system for email marketing and one of the key benefits is that they handle lots of the heavy lifting – managing unsubscribed emails and emails that don’t exist – without you having to get involved.

The one thing you do need to do regularly though is review your non-subscribers and unsubscribed.

If you’re using the data for postcards or targeting, you can keep them, but otherwise I’d recommend you archive them – it’ll save you money if you’re on a standard/essentials plan, it’ll reduce your subscriber count if you’re trying to keep under the 2,000 limit on a free plan – and even if you’re on a legacy plan, it’s just good practice to keep things tidy.

…and don’t worry about cleaned emails, they may look a bit messy, but there not doing you any harm at all and are actually protecting you (and Mailchimp) from bad email practice.

Just like those TV subscriptions you keep paying for which you know you should probably cancel, if you don’t archive your unsubscribes, it’s likely your paying money for things you don’t need.