Unsubscribes, Deletes and GDPR in MailChimp 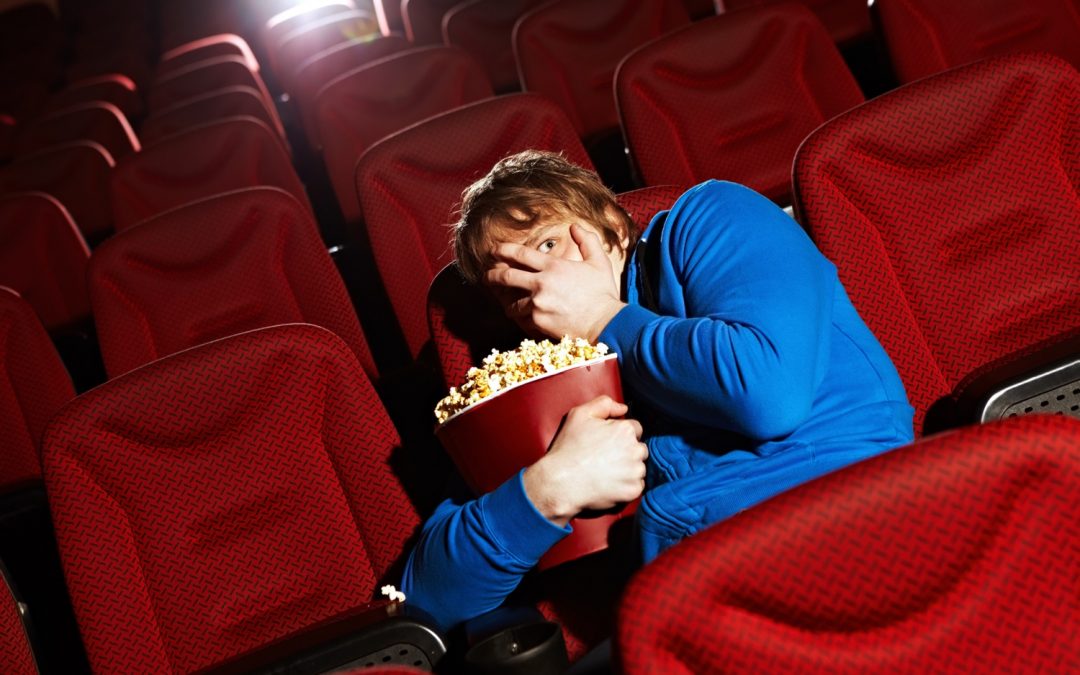 Time to Fix your leaky bucket

Why Lead Generation is not your businesses biggest problem...

Struggling to understand your customer’s path? Use this FREE customer path tracker to develop your marketing activities and ensure no-one gets lost on the way. Download it here!

Every day you are throwing money away…

“Half the money I spend on advertising is wasted;

the trouble is I don’t know which half”

I hate to break it to you, but…

An email slipped into the junk folder and was ignored..

or more likely, a Facebook Advert driving to a page with no way of capturing data…

or a Social Media post who’s link is broken.

…but whatever it is… it’s gone.

The world has changed since John Wanamaker’s time, and if he was alive today he’d probably know which half of his advertising isn’t working.

With Google analytics, Facebook pixels and email tracking, the 50% that was being wasted would be quickly identified and tweaked.

…and you can do this too…

…but you’d still be wasting money.

GENERATING LEADS IS ONLY A PART OF THE EQUATION.

Once that lead reads our advert, visits our website or likes our Facebook page, the onus is on us to carry that person along a path which will take them from a suspect, to a prospect, to a customer and maybe even further into advocacy.

And it’s this journey that I believe is where every business is dropping the ball.

Whether it’s as simple as…

…not having a way of capturing the details of someone who is interested, but not quite ready to pick up the phone;

…or even collecting business cards at an event and then doing nothing with them,

The fact is every single one of us is guilty of focusing time, effort and energy (and lots of money) on lead generation, and then screwing it up by not having a system to carry that lead through to the end result.

…and despite the fact that when we take a moment and step back, we can see the bucket is leaky… we still insist on turning the tap on… and wasting money.

“Half the money I spend on marketing is wasted; and I probably know which half… I just haven’t done anything about it”

So what can we do about it?

In my view, the biggest problem facing businesses nowadays is not generating leads.

Anyone can generate a lead, either from going networking, posting on social media or investing in some form of advertising – leads and ‘traffic’ is not the issue.

The issue is that most businesses don’t have an effective marketing system to handle those leads and turn them into customers.

There is no understanding of the customer’s journey along a specified path and as such, it’s easy for leads to step off the path and be lost forever.

Developing an effective marketing system is essential to any businesses ongoing success… and is the way to block the holes of your leaky bucket.

Once we’ve developed a “path” with no gaps… then it’s all about making the next step on the path more likely to happen.

Too many businesses focus on making things better… without focusing on actually making sure there is a connected path, and end up wasting money, which is why I’m always saying:

Don’t make the steps too big

…but when you look at it, there’s some mighty big steps on the way… some would even say “leaps”.

A good example of this is the “buy now” focus that many businesses have when they first meet you, which is akin to asking someone to marry them on the first date.

One of the main digital marketing influencers, Ryan Deiss, of Digitalmarketer.com introduced this concept to me which I felt really outlined how this practice is a really bad idea – which was taken from human sociobiologist(!) Desmond Morris.

…and so on to… well you can guess the ultimate destination 😉.

The thing is, it didn’t matter how quickly a couple went through the steps… but it did matter that they didn’t jump too many steps…  for example putting your hand on someone’s shoulder before you’ve ever spoken to them would be a bad thing (and in some instances… considered assault!!!)

…and that’s why it’s important in marketing to do the same thing.

All of our possible customers are developing a relationship with us… and as such, we need to make sure that there is a pathway which takes them on that relationship journey… without missing steps out.

So how should a pathway for customers look?

I’ve developed my own “Customer Pathway” which helps my clients understand the specific steps that someone goes through in their relationship with them.

The path has been developed over many meetings with clients as a tool to look at each individual step and work out what to do next.

Using this as a guide, means that they understand what state of mind a customer is at each step of the path…

There are nine “states” along the path, broken down into 3 broad areas (Cold, Warm & Hot): 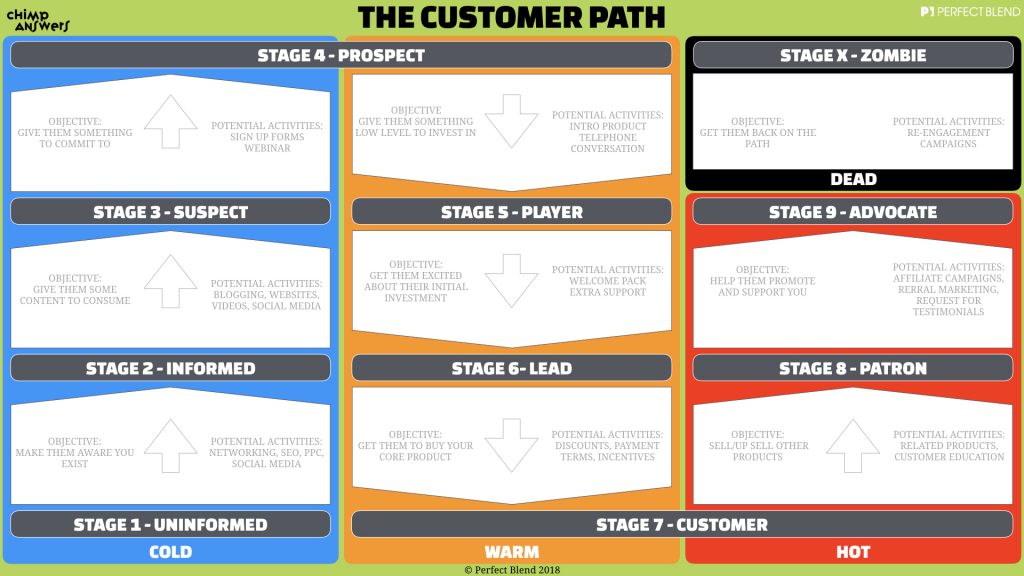 (n.b. to receive a free pdf of this path so you can use it yourself to map your own customer’s journey, Click Here.)

Here’s a bit more detail on the 9 states…

There’s also another category for those people who reach a certain point but don’t progress to the next stage within a certain period that I call Zombie (they’re not actually dead yet, and there’s a chance they could be cured!).

In a nutshell, marketing is the activity of moving people along the customer path from one step to the next… you just need to make sure that there aren’t any big gaps on your path.

Stop being Crap at Marketing

Over the last few years, it’s become increasingly obvious that there are many businesses out there who are struggling with the concept of the customer path…

…I know this from looking at the type of marketing that they are putting out there.

– to avoid making the gap between steps too much

– to ensure no one falls into the gaps!

… on the back of this, I’ve now developed a focused 6 week training course, with the aim of  not only helping people to piece together a ‘robust’ (i.e. no gaps) customer path, but also helping them actually put some of the steps in practice (using MailChimp of course).

The course will not just give you theory, but give you the actual practical steps (and not leave you to work them out yourself like so many other courses)

If you are interested, just click here and drop me an email and I’ll send over some information.

Having a clear idea of the customer journey is a core part of ensuring you aren’t guilty of crappy marketing.

Why not Click Here to download the document and fill it in yourself to see where your gaps are.